Kritika Online – The Future is full of Eclairs

Over the last month or so, I’ve played alot of Kritika Online. I’ve made friends done lots
of content, grinded out a literial crap tonne of dungeons, tried out most of the class combinations
and such. Its a decent dungeon grinder, though honestly if the combat was so good, I would
of gotten bored with it eventually as the content is somewhat lacking currently. Fortunately there
seems to be alot more content on the way, including a series of unqiue and awesome content
to get involved in, which is great news for avid kritika fans. New classes will include an unusual lineup of characters all ready adding to the
games unqiue roster list, including Elemental Fairy, Eclair, and a God monk.

Eclair is certainly an interesting one in this lineup….. Eclair uses both gun and blades to attack, excelling at close to mid-range fighting, also
untilizing her phantom blade which will help her deliver multiple backstab based attacks
in rapid succession for some large amounts of damage. She also comes with some hefty
CC abilities being able to completely lock down a boss, which is complimented with her
ability to cause slowmotion which will deduce a boss up to 50% of its original speed.

That said she its unsure if she will be releasing in the Western version without her EX skills,
and without these her skill roster is alittle limited. She does gain an invincibility move, but she
does lack in the armor breaking and stun skill department. Still the sheer amount of damage
eclair can produce certainly makes up for it.

So yeah, Kritika Online, while it might be getting a little stale with the current content, certainly
has alot of content to come in the future, and will definately be worth the trip back to check it
out.

Have you played Kritika Online yet? If not you can sign up here: http://bit.ly/2sjqpjs and download
the game and try it for yourself.

A Basic Overview of what to expect from Kritika’s Endgame content, with a few tips & some information here and there!

Brawl with friends or rampage solo through a lavish 3D RPG world filled with hordes of enemies and grandiose cinematic displays.

Take on the bad guys with oversized blades, alchemical superguns, and dazzling acrobatics. There’s no need for a lot of talk—you’ll be too busy fighting enemies across dozens of Danger Zones in a fully realized, immersive arcade brawler! #ad 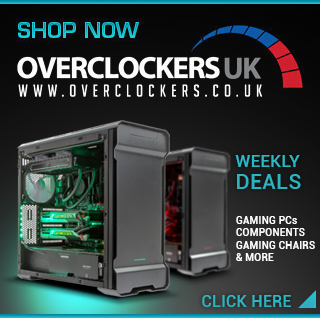